The future of zero-emission mobility 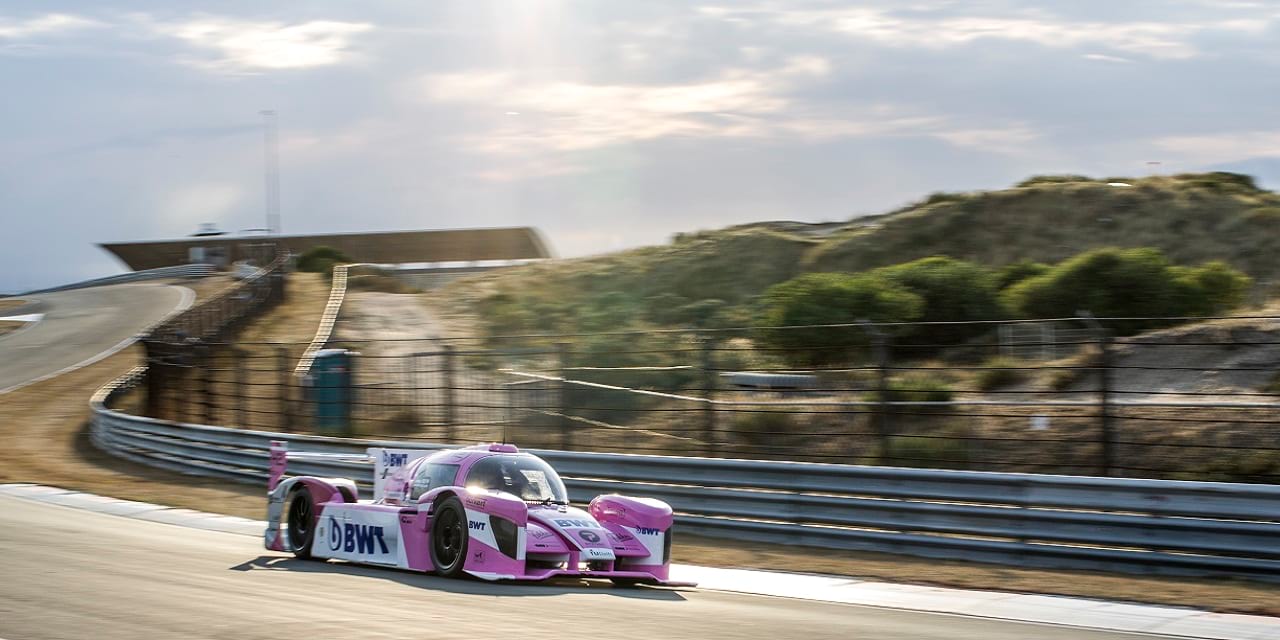 Combining motorsports and clean sustainable technology, BWT and Forze Delft are able to show the great potential of hydrogen as an alternative fuel. The mission is to strive for zero-emission mobility and to inspire industries to use hydrogen technology.
.

BWT strongly believes in hydrogen mobility. For more than two decades now, BWT with it´s subsidiary Fumatech BWT, has been investing in the field of fuel cell membrane technology and started a close cooperation with the Technical University of Delft (Netherlands) in order to support the development of hydrogen mobility.

Forze is a team of 50 students, who are studying in different fields at Delft University of Technology. The team specialised in hydrogen electric racing and is indeed the first hydrogen-electric racing team in the world.

The team was founded back in 2007 and initially started with designing and building go-karts using a hydrogen electric drivetrain. With these vehicles they participated in the Formula Zero competition, hence the name ForZe.

In 2012 they built the first full-size hydrogen race car in the D:Dream hall, a building on the TU Delft Campus - which stands for Dream Realization of Extremly Advanced Machines. Competing in the Supercar Challenge 2017 and 2018, the Forze VII was the first hydrogen electric race car to ever participate in an official race against petrol powered cars.

So far, the team has built eight hydrogen race cars. During the 24 Hours Race at the Nürburgring in 2018, the team revealed their latest innovation: The Forze VIII. 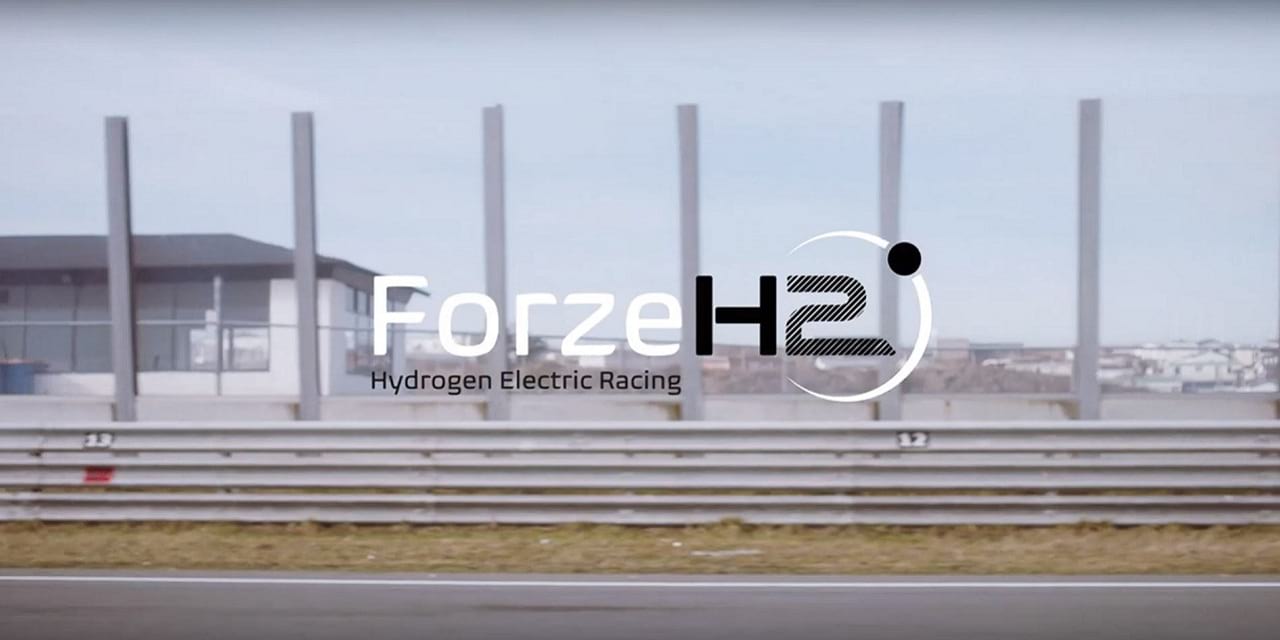 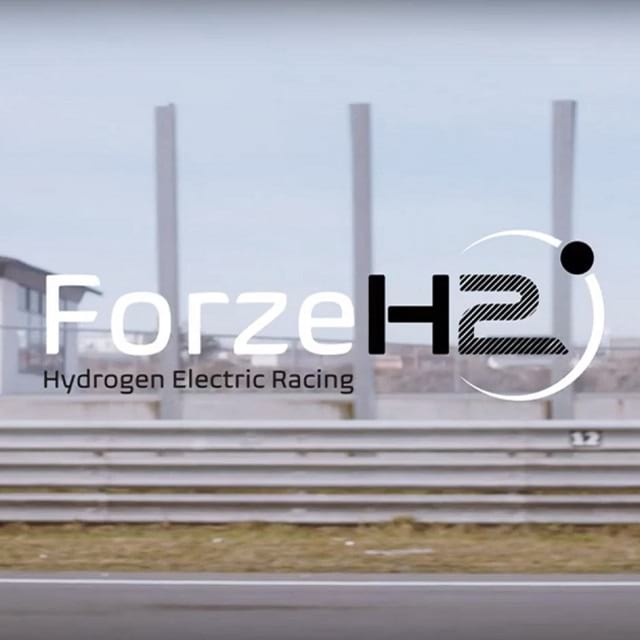 "Trying it out in a race car is the best way to push this technology to its maximum."
Lorenza Mottinelli - Technical Manager Forze Team

About the Forze VIII 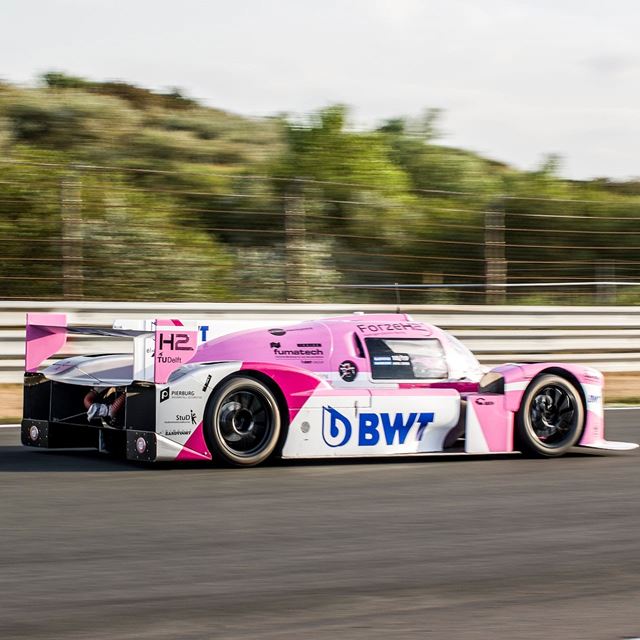 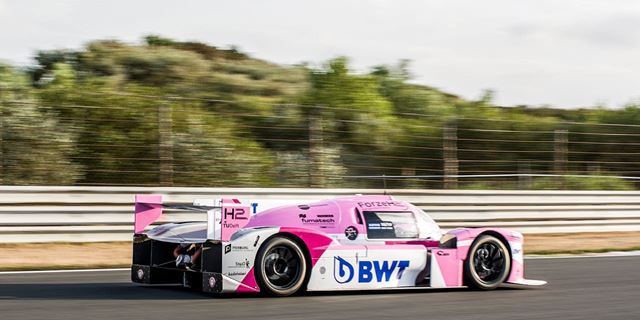 What are hydrogen cars?

Taking a look underneath the chassis, let's find out what hydrogen cars actually are and what makes them so special. Comparing a conventional car to a hydrogen car, the difference basically is:

This means a hydrogen car is also a kind of electric car, making electricity from hydrogen and oxygen (which is simply taken from the air while driving) in a fuel cell. Inside the fuel cell, hydrogen and oxygen are separated by a proton-conductive membrane. The hydrogen splits up into two protons and two electrons, the protons can diffuse through the membrane. The electrons are not able to pass through, they take the long way, creating electrical energy. The protons and electrons meet each other again at the oxygen side of the membrane, where the protons, electrons and oxygen combine into H2O, pure water. The only emission that is produced is water.

Hydrogen is the most abundant element in the universe, and can be produced in a 100% sustainable way using nothing but water and green electricity.

The efficiency of fuel conversion can be 2-3 times higher compared to combustion engines.

Hydrogen tanks can be refilled within minutes.

BWT and the future of hydrogen

Membrane technology has an important role within the BWT Group. Membranes are manufactured by BWT for ‘natural’ use in water treatment. They are an indispensable component in the creation of clean water for all aspects of our lives and are also required to generate and store energy, for example in pioneering fuel cell technology.

With FUMATECH BWT - a subsidiary of the BWT Group and the leading producer of ion exchanger membranes - the company has gained extensive knowledge from over 25 years’ experience in membrane manufacturing and membrane process technology. From the synthesis of the raw and auxiliary materials to the processing of these materials into membranes, right up to their technical application. FUMATECH BWT has earned a particularly high international reputation as a supplier of innovative membranes – the heart of the PEM fuel cell. 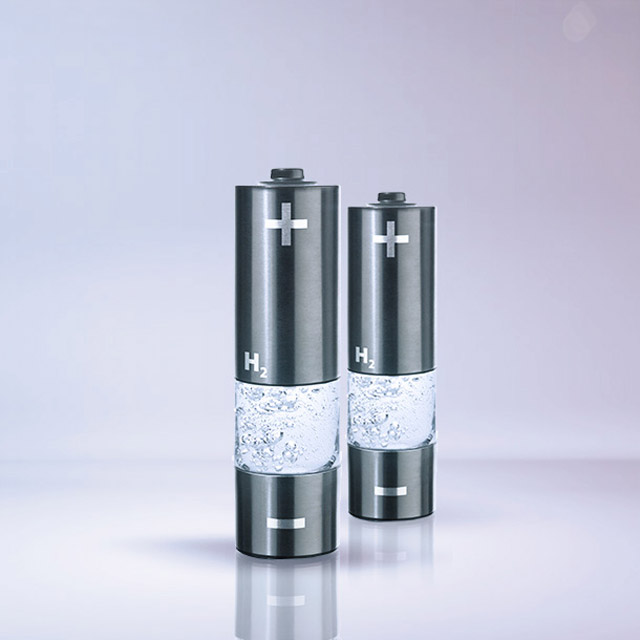 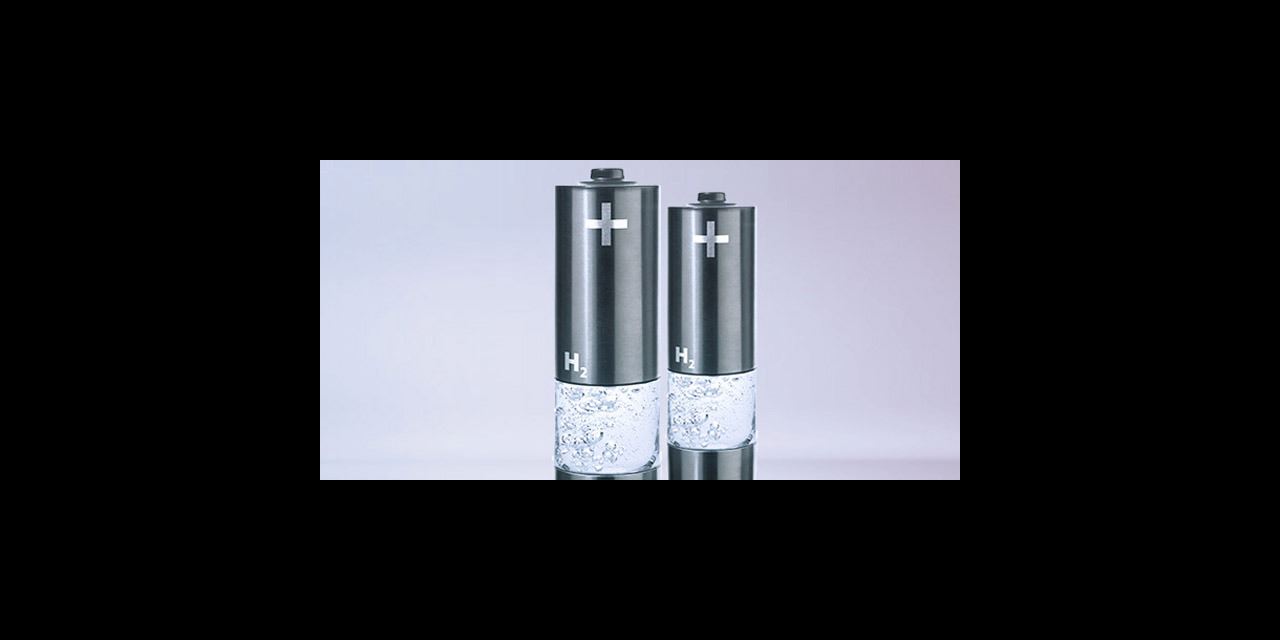 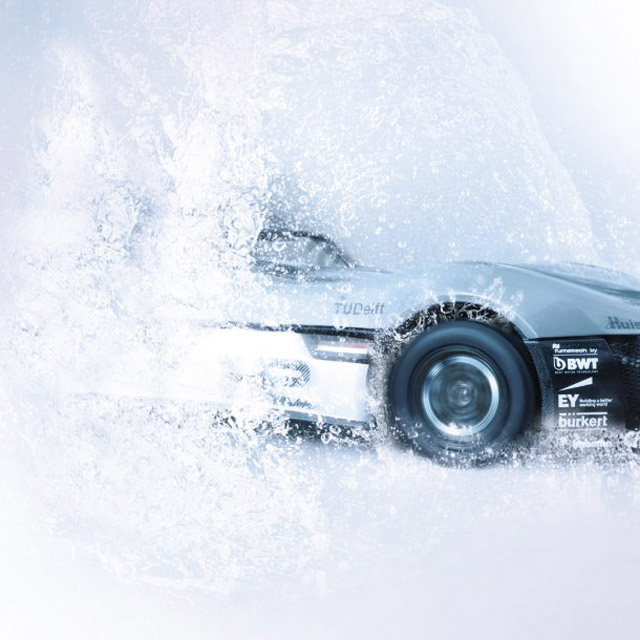 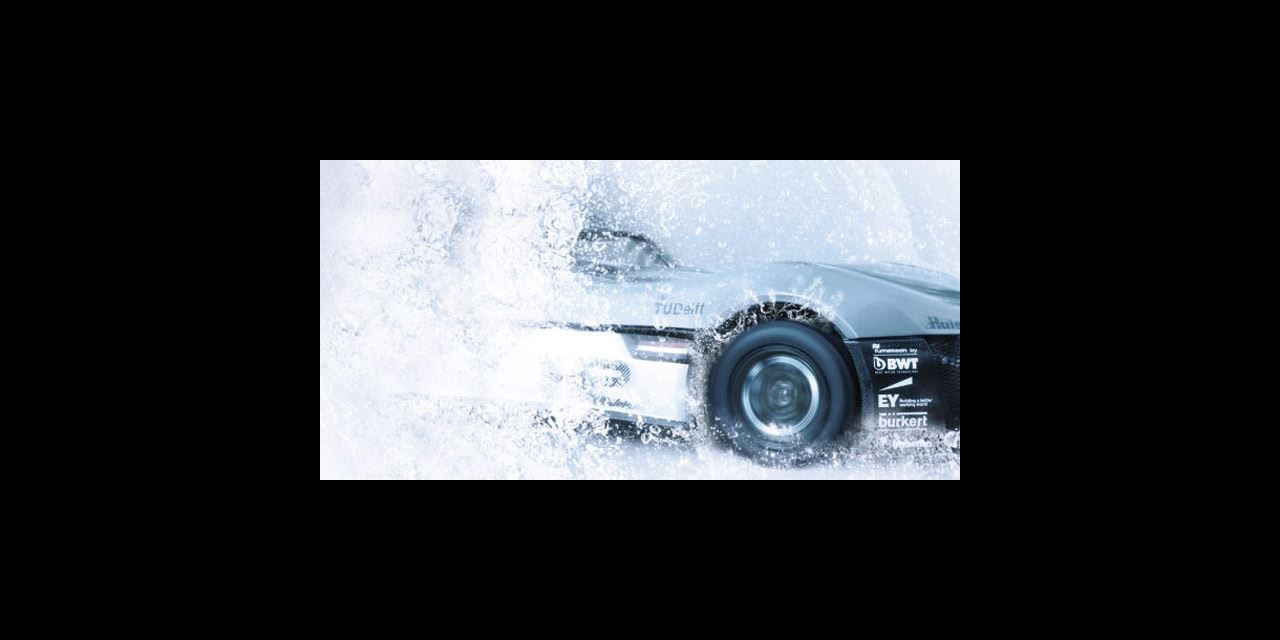 "We truly believe in hydrogen as the future fuel and energy carrier. And we do it in the common sense of BWT - for you and planet blue."
Dr. Bernd Bauer - General Manager     FUMATECH BWT GmbH

Fuel cells for the cars of tomorrow

The potential of fuel cell technology and hydrogen is gaining more and more interest in the modern world. Also in the racing world further steps are taken to underpin the future importance of this highly promising technology: In 2024, the 24 Hours of Le Mans will see for the first time on the starting grid a category dedicated to racing prototypes powered by hydrogen alongside cars with combustion engines. That would be a "world first" and is the most solid example of this endurance aspired future.

Want to find out more? 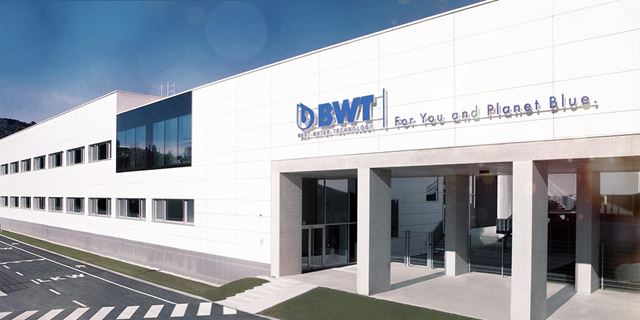 Find out more about BWT and our work in the field of membrane technology. 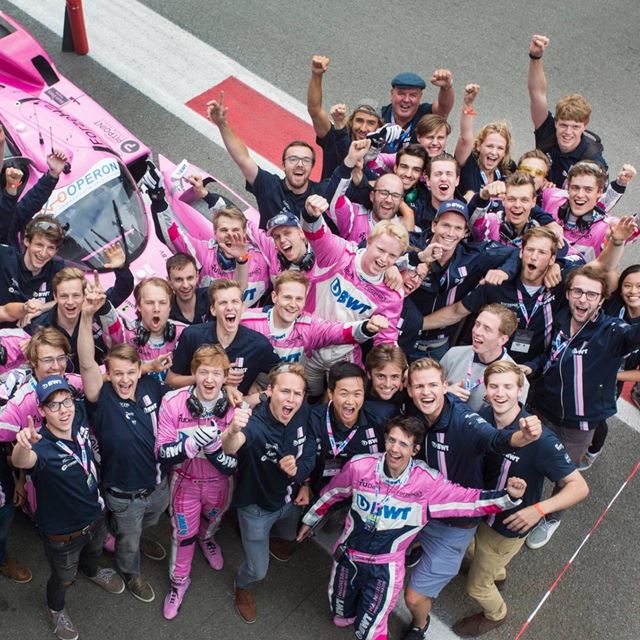 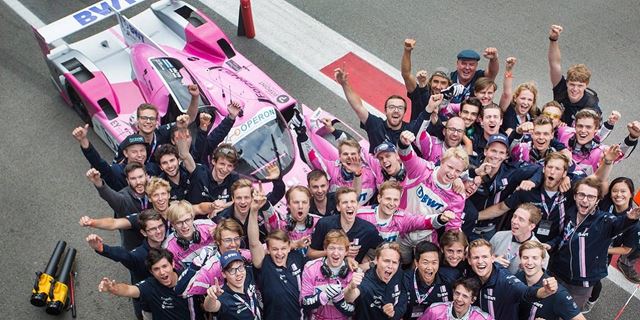 Find out more about Forze Delft, their team and what they are working on.