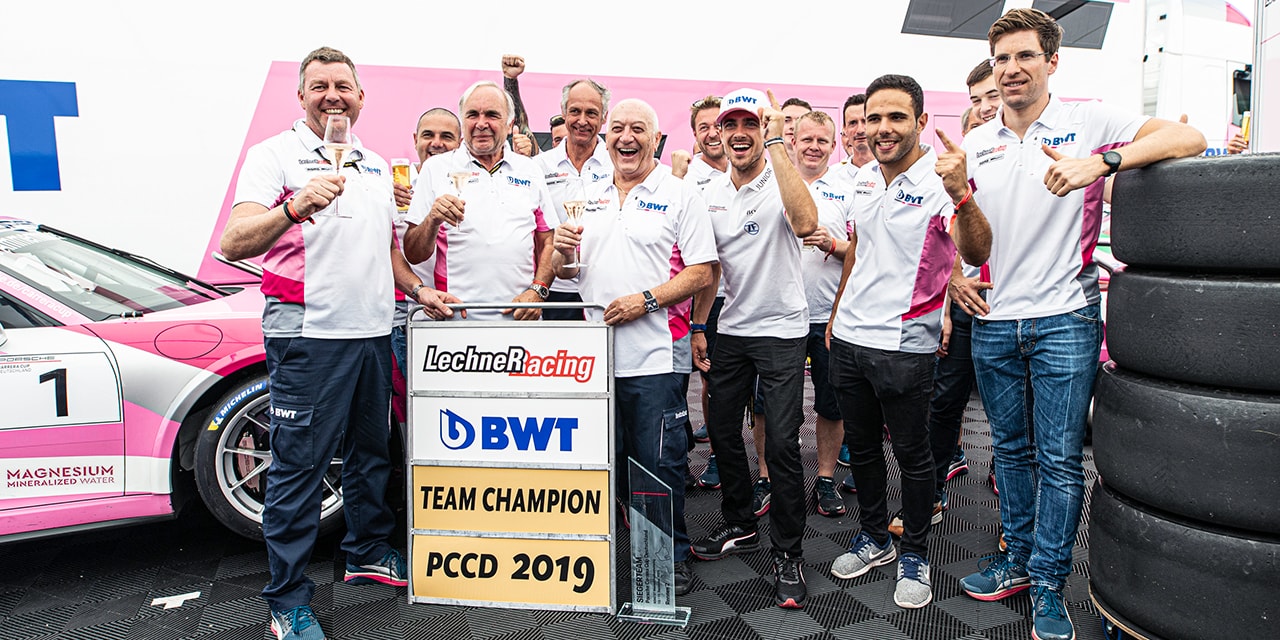 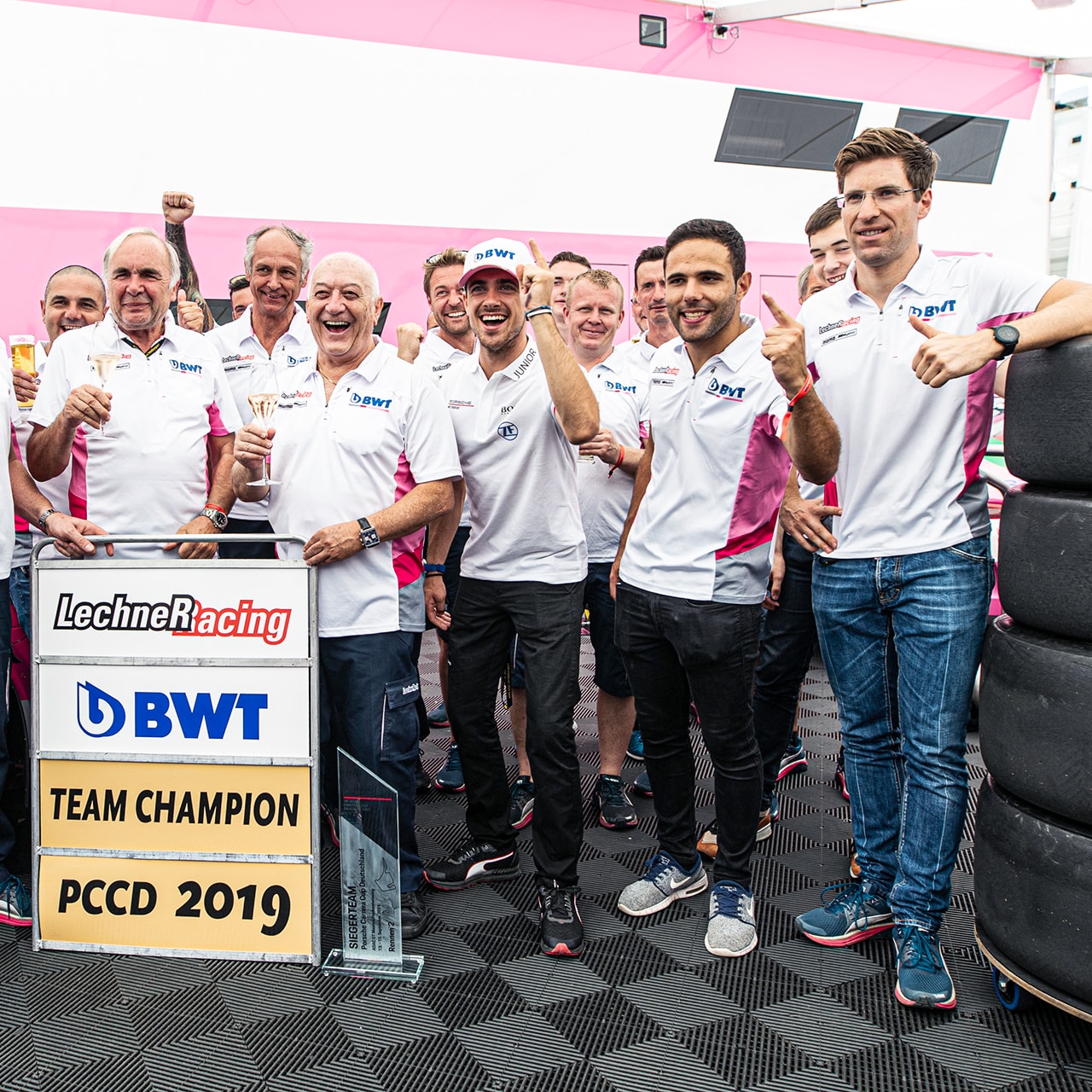 BWT Lechner Racing secured the team championship in the German Porsche Carrera Cup for the second time in a row.
.
At the second race at Hockenheim, Julien Andlauer won his fifth Carrera Cup race of the season, ahead of Jaxon Evans and his BWT Lechner Racing teammate Michael Ammermüller in P3. With only two races to go at the seasons final at Sachsenring at the end of September, BWT Lechner Racing cannot be caught anymore by any of it´s competitors. Also the drivers´ title is left to be decided only between the two drivers in pink. With only 50 points at stake now, Larry ten Voorde in P3 of the classification is already too far behind.

“It was a bit of a messy race with the three safety cars due to all the incidents in the middle and at the back of the field”, an ever so happy Andlauer stated after his win. “I had a very good start, so I could take the lead immediately from Jaxon, who did not get off s well from pole. Then the biggest challenge was to keep always cool during the re-starts, never make a mistake and never let the guys behind come too close. I am really glad I managed to do this, and it is a fantastic feeling to secure the team title with a victory. Thanks a lot to Walter and everybody in the team to make this possible for me. Also in the drivers´ championship it looks quite good for me now, as I could extend my lead to 27.5 points again. But I will not take anything for granted yet, we have seen a few times this year how fast things can change.”

Michael Ammermüller, who had started from P3, was not too happy about the many interruptions of the race: “I think normally a little bit more than P3 would have been possible, but with the three Safety Cars, there was no way to prepare a proper attack and try a pass. Never mind, it´s great we have sealed the team championship, so now there is a moment to celebrate and to thank everybody involved in this great achievement. About the drivers´ title, well, we will see what happens in two weeks time, for sure I will not give up and see what I still can do...”

On Saturday, it had been Ammermüller who scored his fifth win of the season, just ahead of his teammate Julien Andlauer and Dylan Pereira, also representing the pink colours in this series and making it a complete pink podium one more time. Ammermüller took the lead from pole position, and defended it until the finish line after a hard fight with Andlauer: “Julien really gave me a hard time, especially towards the end of the race, but I managed to keep it cool an keep him behind. It was a nice, clean fight – and even as it was probably quite exciting for our guys at the pitwall, I think we never really got in danger of getting in trouble.” The Frenchman agreed: “I really tried to put pressure on Michael, but he is so experienced, it is really nearly impossible to push him into a mistake. So I made sure not to do anything stupid, and considering my lead in the championship, I think I can live with P2”.

Team principal Walter Lechner was ever so happy about the general achievement of the weekend. “We were quite far ahead, so winning the team title today was not such a great surprise. But we are very thankful we managed to do it and I would like to use the moment to thank everybody who contributed to reaching this goal. There are a lot more people involved than those in the limelight – so my special thanks go out to those in the background as well. Going to the season final with the knowledge that the drivers championship will also go to one of our guys is a little bit of a relief too, I think we will be able to enjoy the last Porsche Carrera Cup weekend 2019 at Sachsenring now even more.”