b.waterMISSION
We can change the world sip by sip and we encourage you to actively support us in our mission.
Donate now! 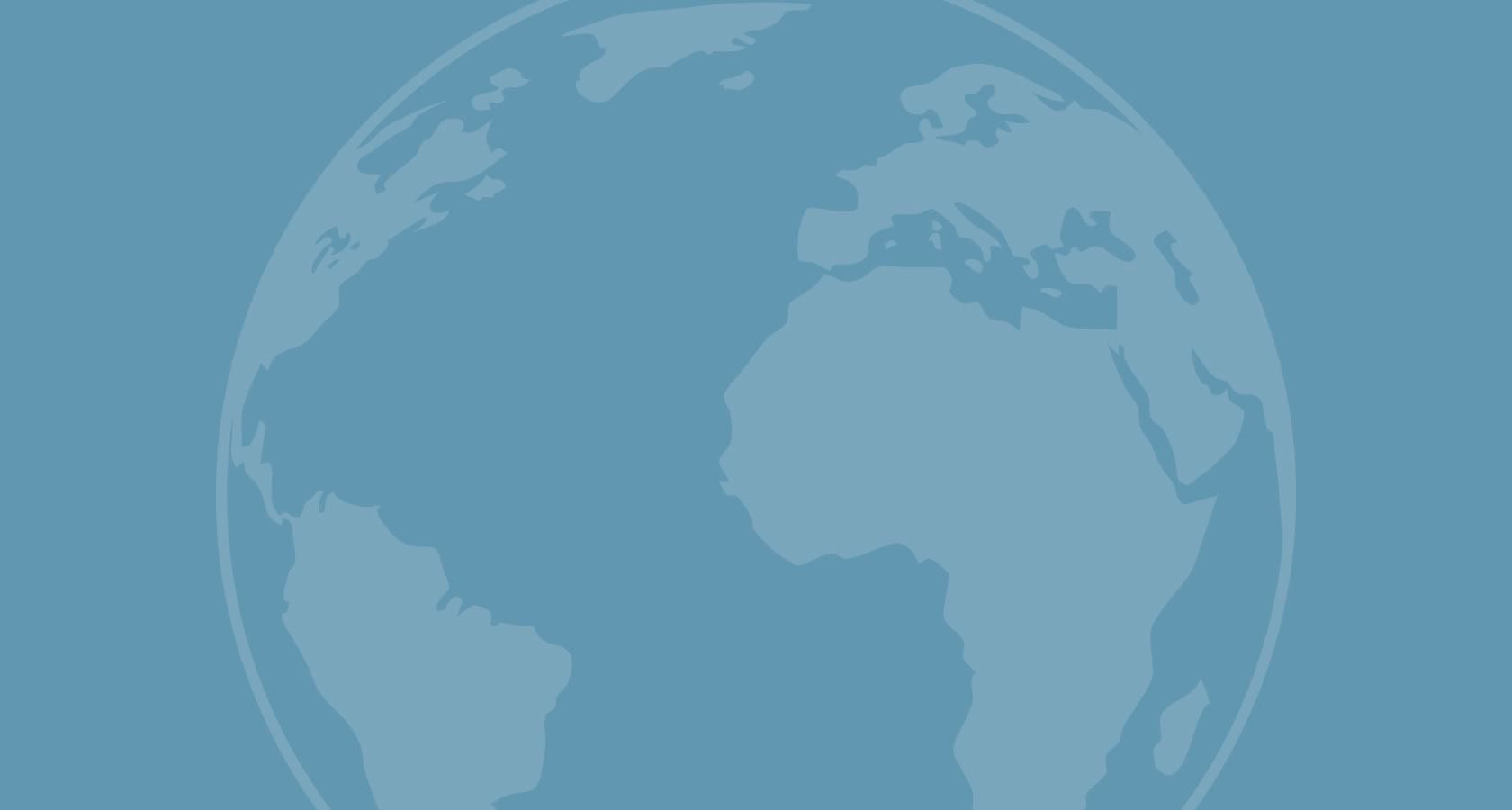 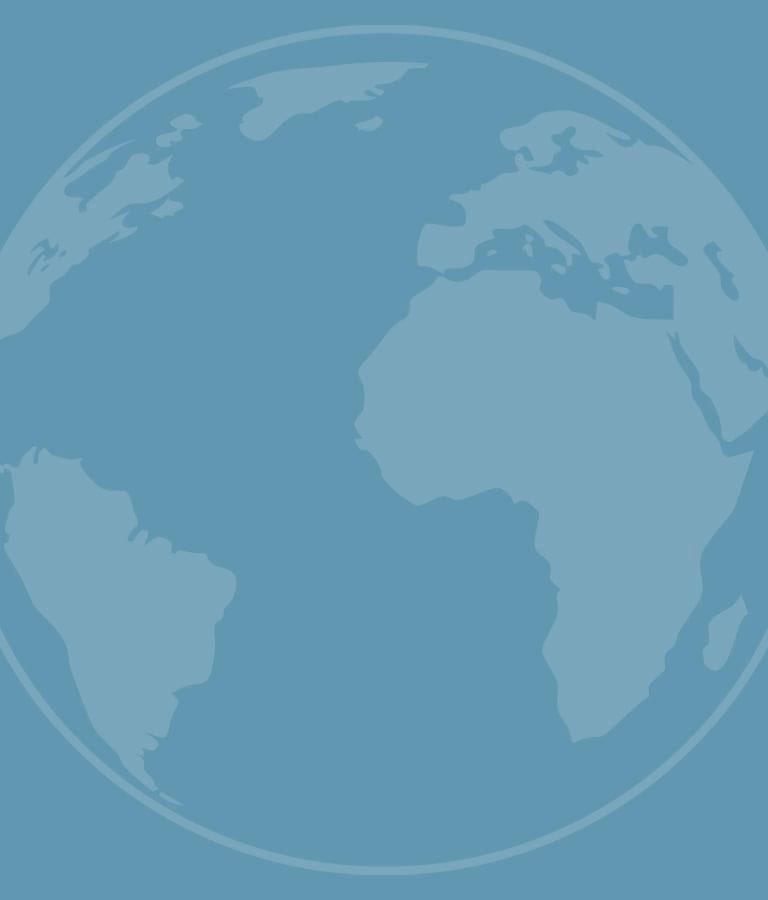 With any dona­tion you can make a differ­ence.

We invite you to invest together with us in b.water, a project of AQUA Pearls For You and Planet Blue*, deliv­ering sustain­able water systems to 10 villages in Gambia. An inno­v­a­tive busi­ness model to improve market access to clean water, reducing the cost of deliv­ering services and providing a small commer­cial return. b.water has been laying the ground­work for instal­la­tions in rural loca­tions to deliver sustain­able, account­able and maintable water systems. The growth and commer­cial success of b.water's programmes result in signif­i­cant social bene­fits for the evolving global water market serving low income commu­ni­ties. In order to help these commu­ni­ties we want to set up as many dispensers as possible. One dispenser costs approx­i­mately € 7000.

Education: Water – our Elixir of Life – has a VALUE 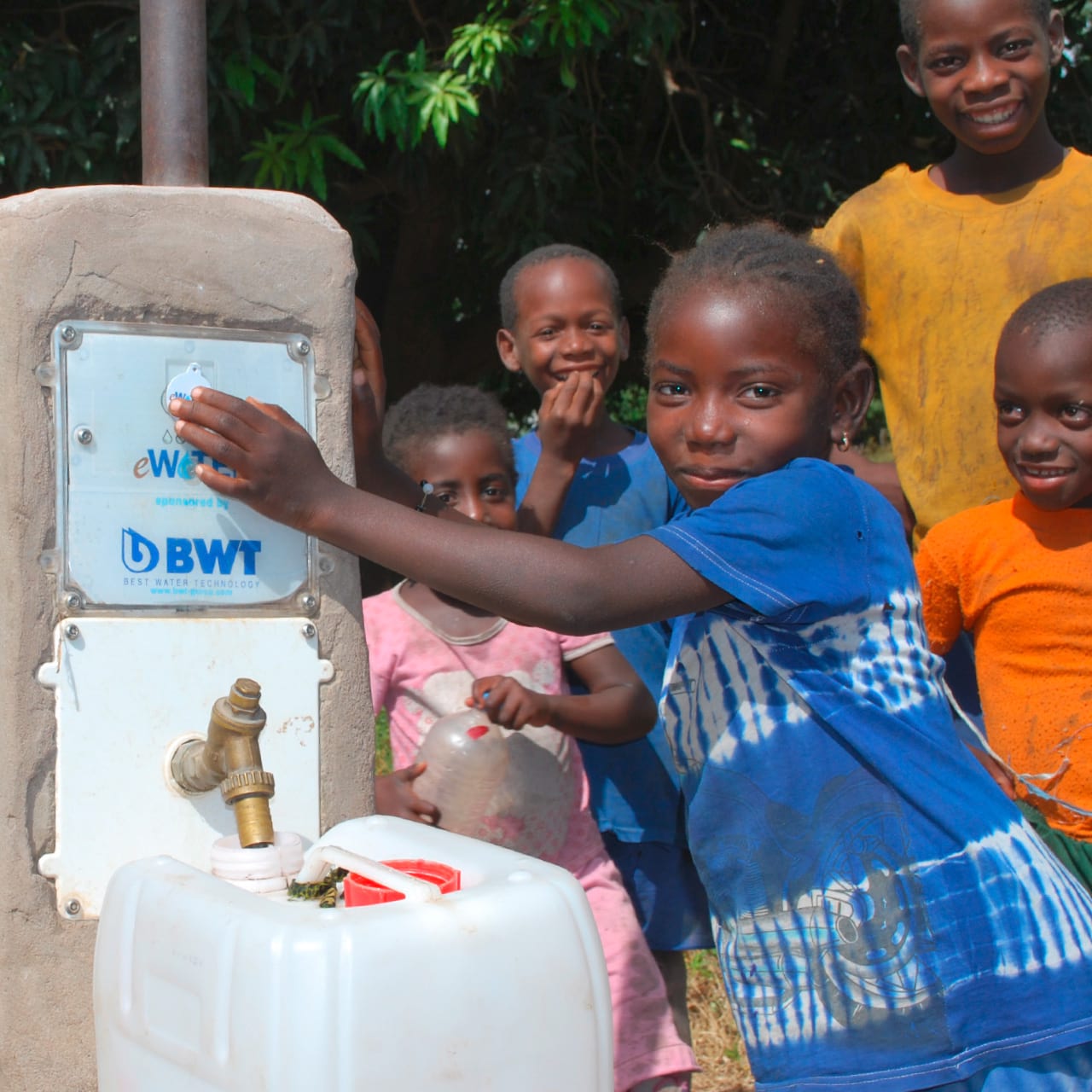 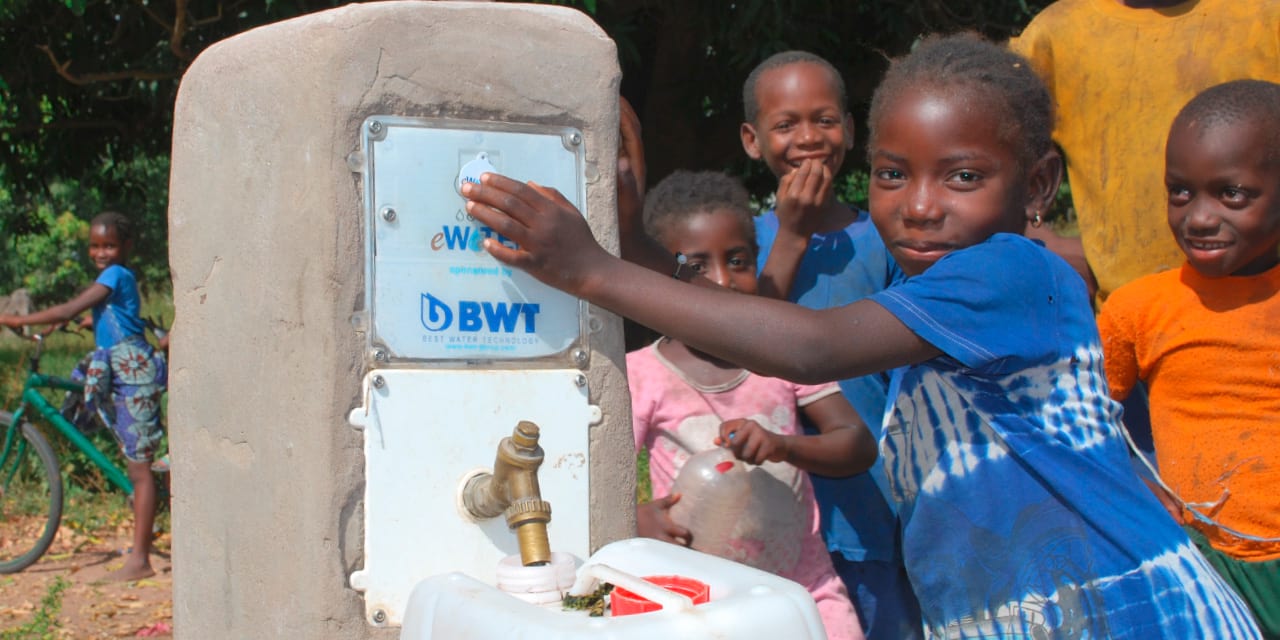 “Before the tap was only open at 9am to 12pm and in the evening also 5-6pm. It was so difficult for us, honestly. It’s so perfect now, because anytime you need water you can get it, even at midnight.”
Asanatou Mballow, Female Villager, Jarreng

The b.waterMISSION tap is a pre-payment smart tap that ensures all revenue is tracked and accountable and transparently used by private organisations or governments to pay for maintenance of systems.

The b.waterMISSION tap is implemented with the technology of eWaterPay Limited, UK. 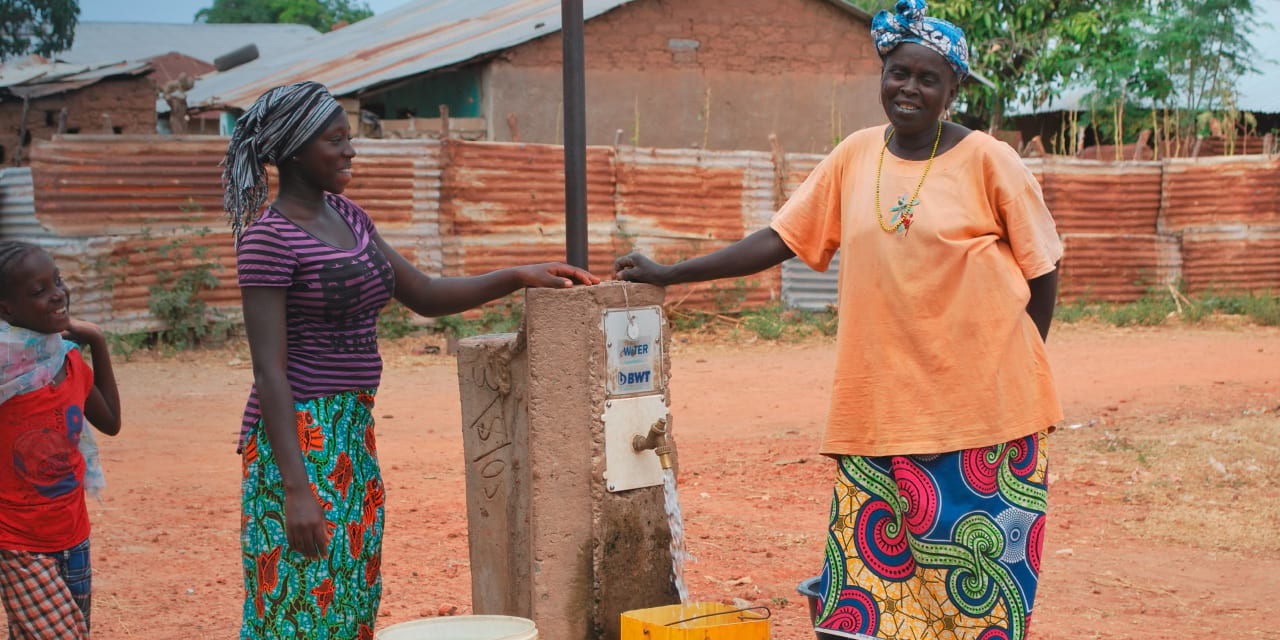 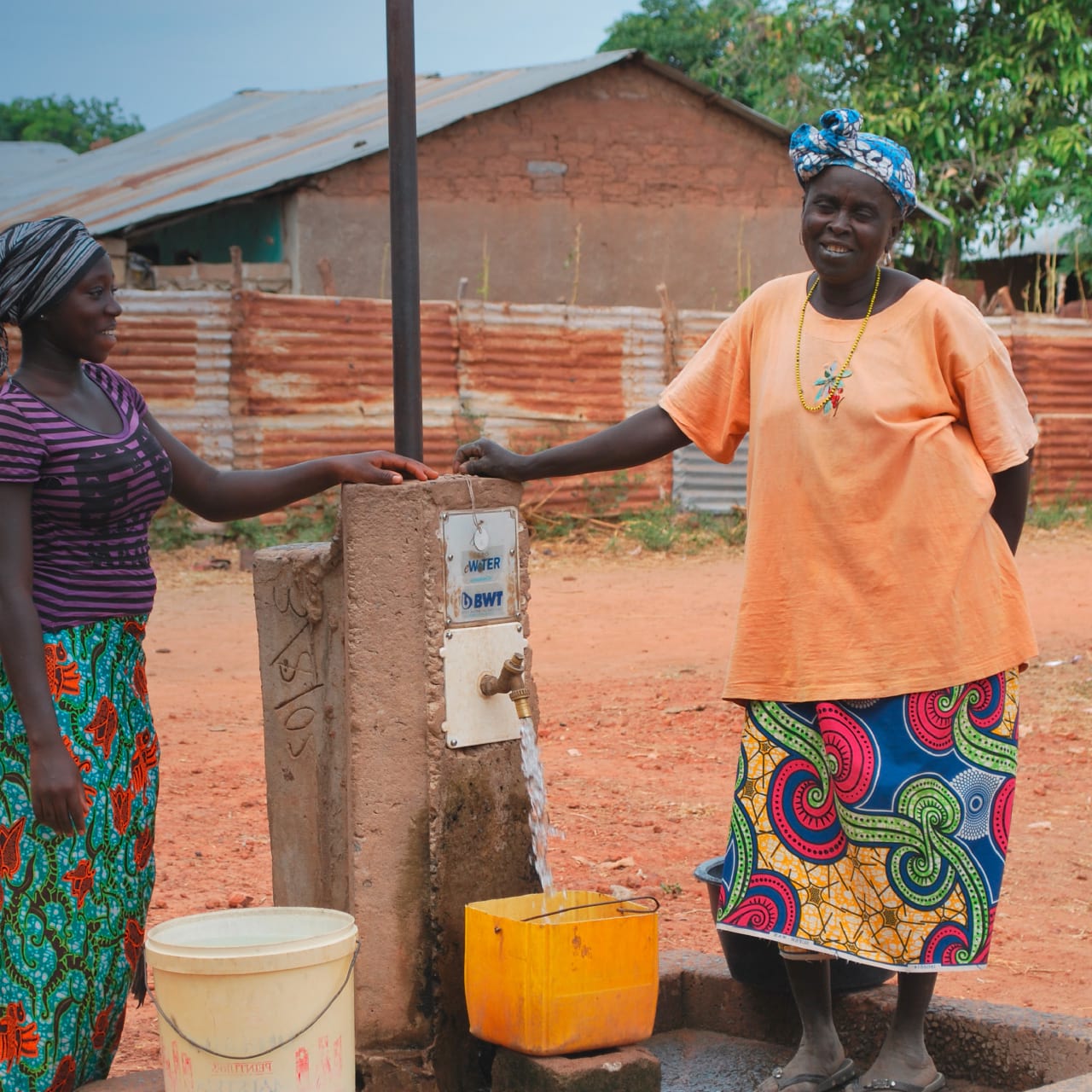 Water consumers can purchase b.waterMISSION credit via mobile money, which is then stored in the b.waterMISSION tag. Mobile money purchases can be sent to water taps via Amazon Web Services MQTT and arrives in minutes. Through remote pre-payment, government organisations, diaspora and international donors are able to purchase and send trackable water credits to taps at schools and health clinics. b.waterMISSION technology works in the most rural areas with poor data connectivity, using super low bandwidth mobile connections. In rural, offline locations NFC technology enables consumers to purchase credit directly on to their tag and still collect water from a tap. 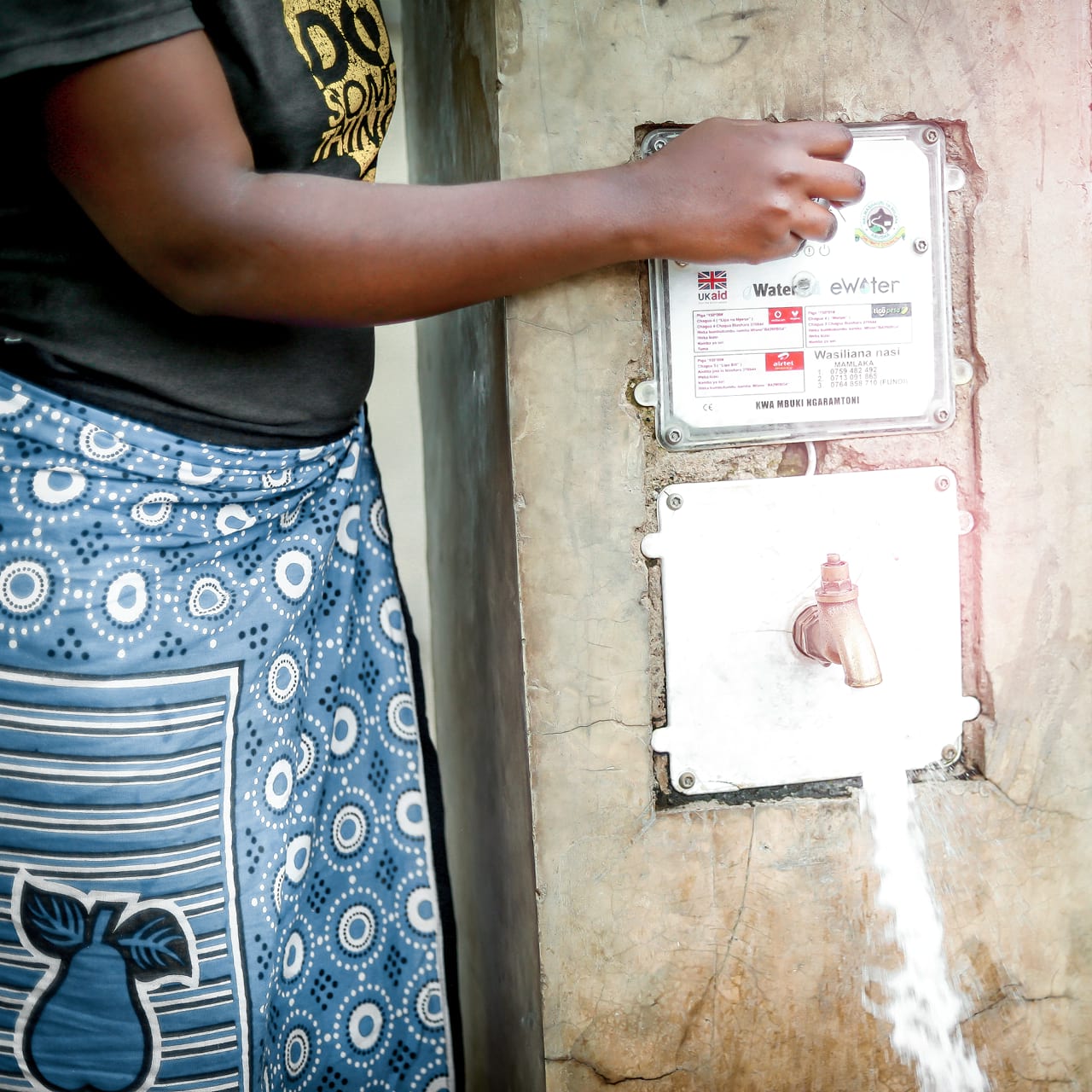 Harnessing Internet of Things (IoT) and NFC tech­nology b.water dispensers allow for water to be collected with an b.water tag, deducting credit as water flows. This simple gesture records the trans­ac­tion, extracts a minimal payment and starts the water flowing. Revenue gener­ated from this simple tap-and-pay method is then used for sustain­able oper­a­tions and main­te­nance. All water usage and dispenser health data is collected through live moni­toring of the entire water system. 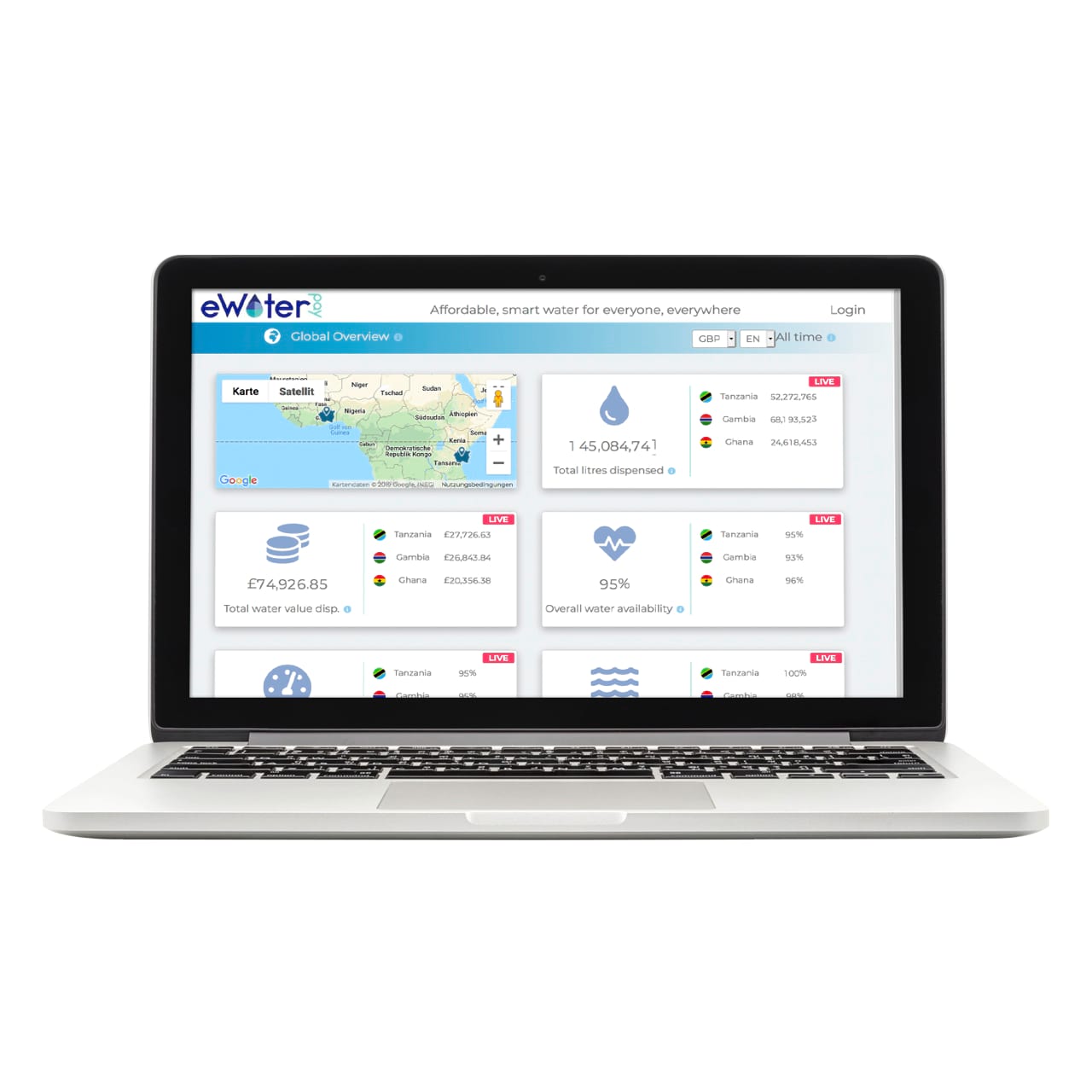 b.waterCARE is a remote technical monitoring software service that identifies a number of operational and performance issues in water systems. The software detects low flor rates, faults and tap health to enabling a rapid response from operations and maintenance teams. Operations and maintenance teams are sent SMS messages when faults are identified or immediate investigation is required.

Data collected from b.water­MIS­SION taps are sued to ensure the avail­ability of water systems to give local commu­ni­ties 24/7 access to water. Engi­neers complete jobs and send simple commands to a tap from a basic mobile mobile phone to diag­nose faults. Once a tap is fixed, engi­neers can complete mobile service logs to ensure improve­ment of water systems quickly.

Train­ings are provided to teams who will be main­taining the b.water­MIS­SION system to ensure that avail­ability and sustain­ability of the water system are optimal to serve its commu­nity. The tech­nology is designed to be simple and easy to main­tain. 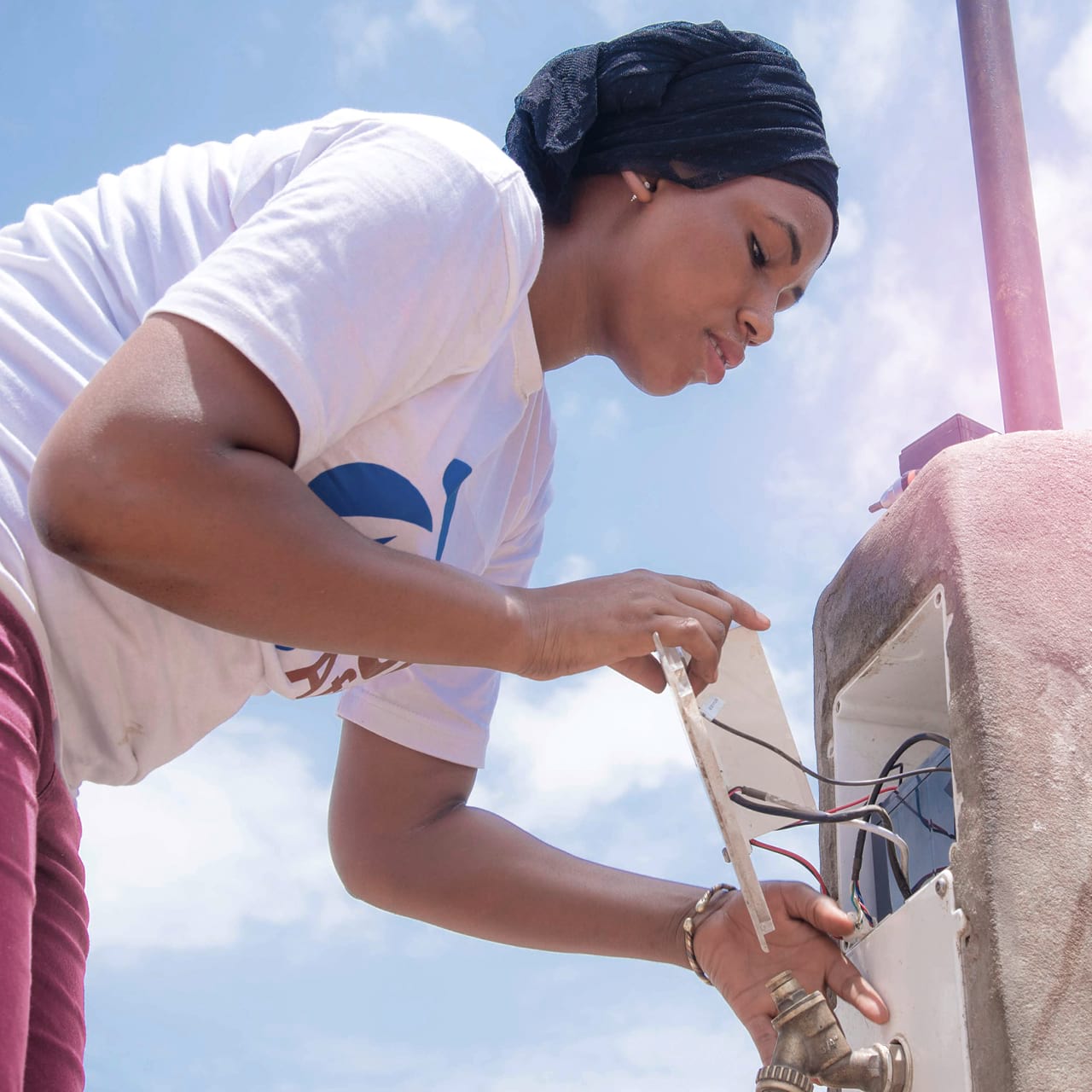 With any donation you can make the difference.

b.waterMISSION is a project in Gambia to disrupt the existing model by supplying sustainable water.

Donate to AQUA Pearls – For You and Planet Blue

Build a b.water­MIS­SION tap with BWT:

Donate water for the local people: 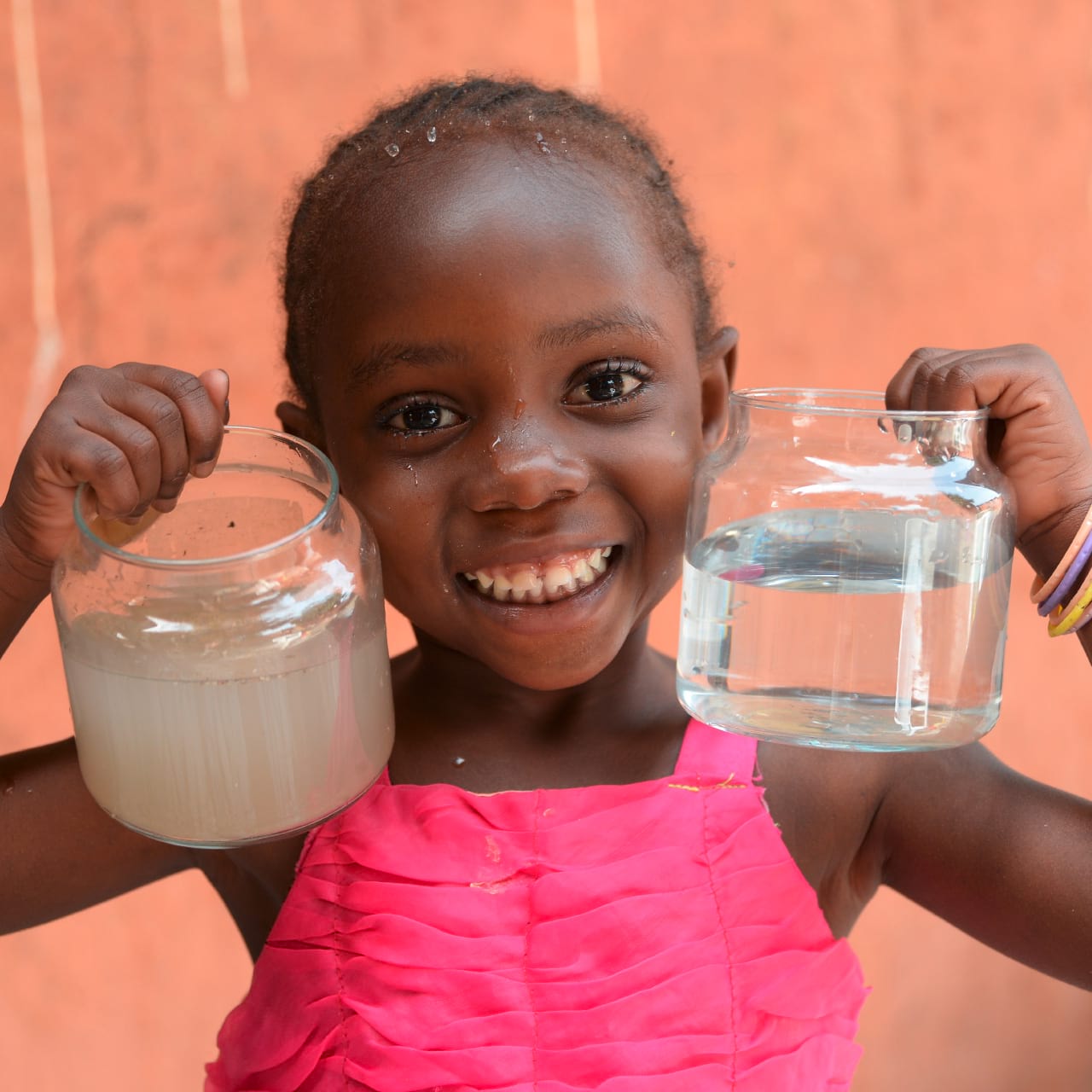 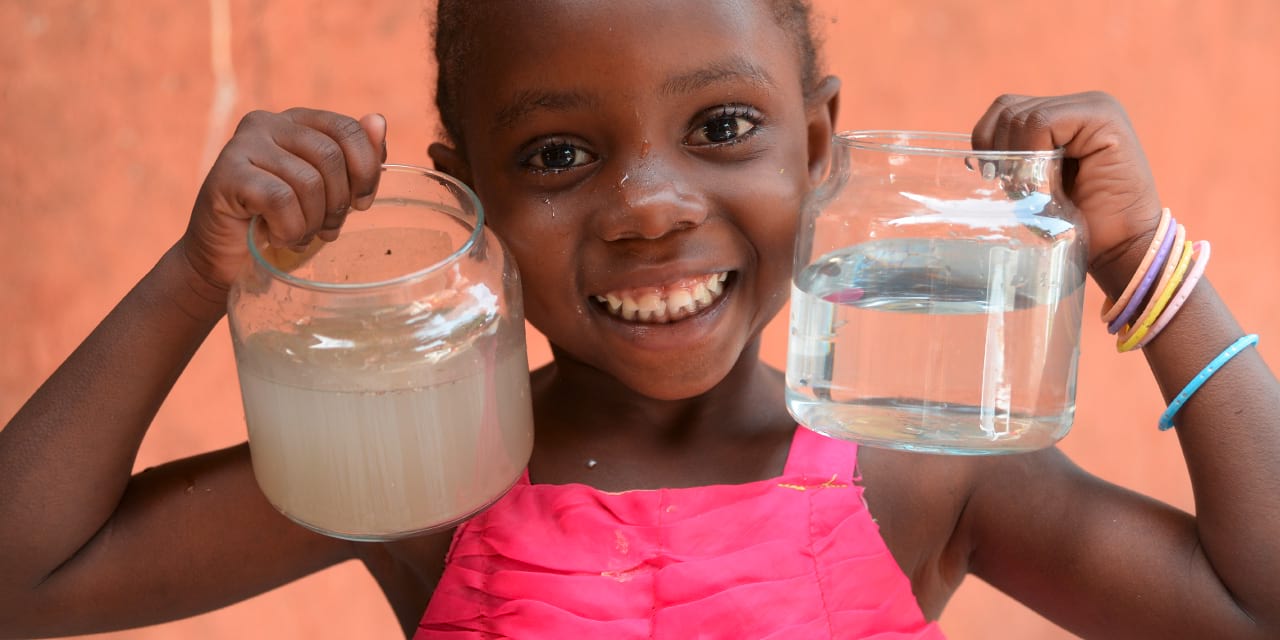 * AQUA Pearls – For You and Planet Blue.
A private charitable, non-profit foundation by BWT.

The AQUA Pearls foun­da­tion supports, amongst others, the b.water­MIS­SION project, deliv­ering sustain­able water systems in Africa.

Founder: BWT AG Accor­ding to the provi­sions of the Private Foun­da­tion Act.

Why donate to AQUA Pearls Foun­da­tion?

The BWT Distance Award counts all jumped meters of the current season’s individual ski-jumping competitions. We build 1 b.waterMISSION tap for every 18.000 meters jumped. 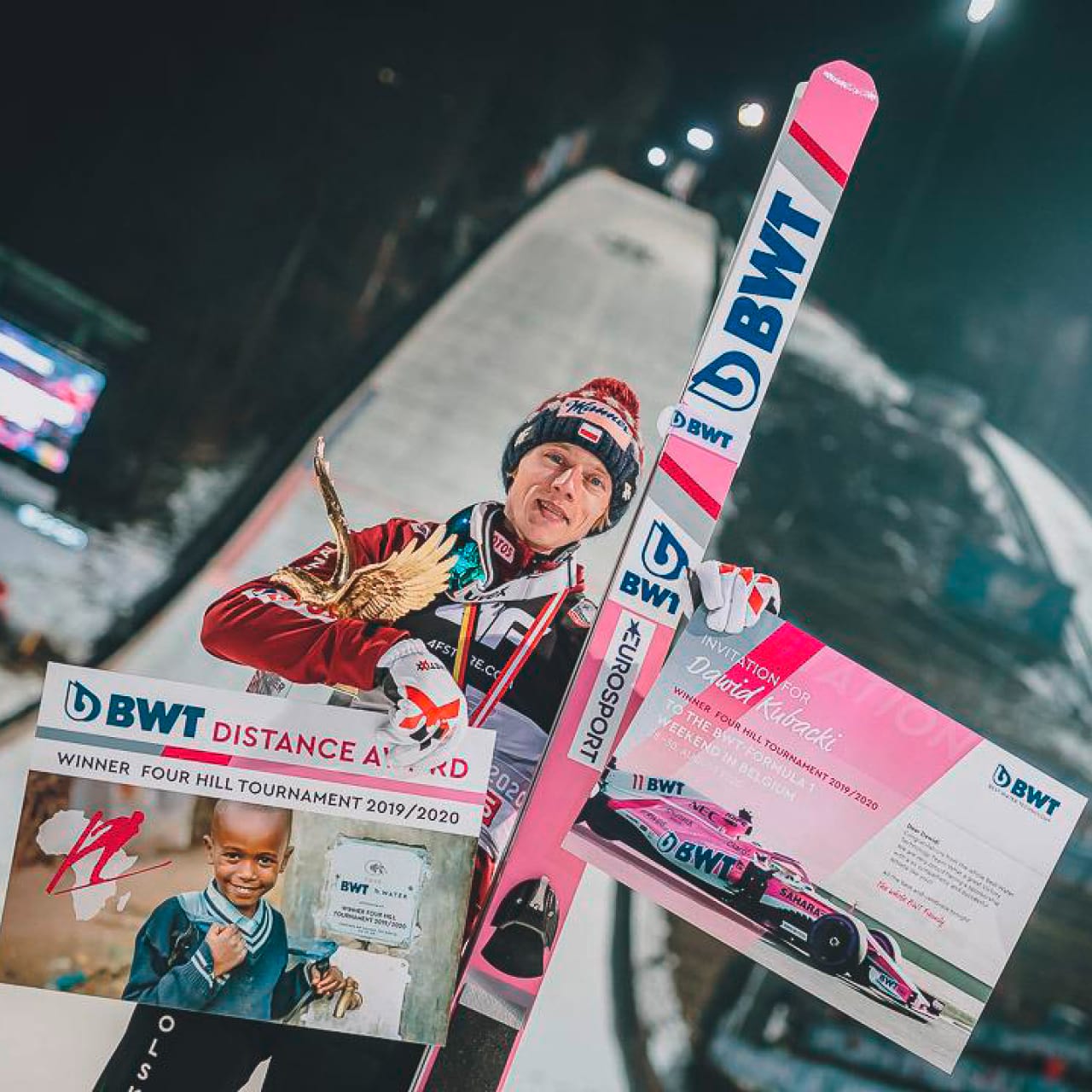 * AQUA Pearls For You and Planet Blue. non-profit private foundation: Established in 2016 by BWT Aktiengesellschaft in accordance with the provisions of the Private Foundation Act.