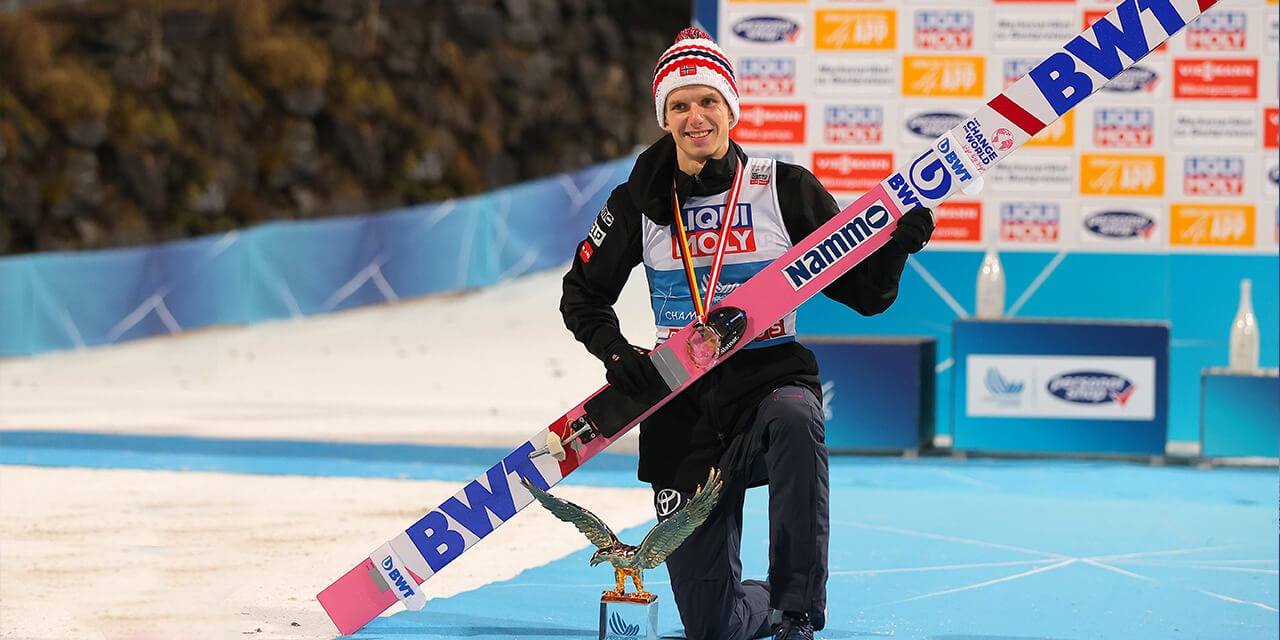 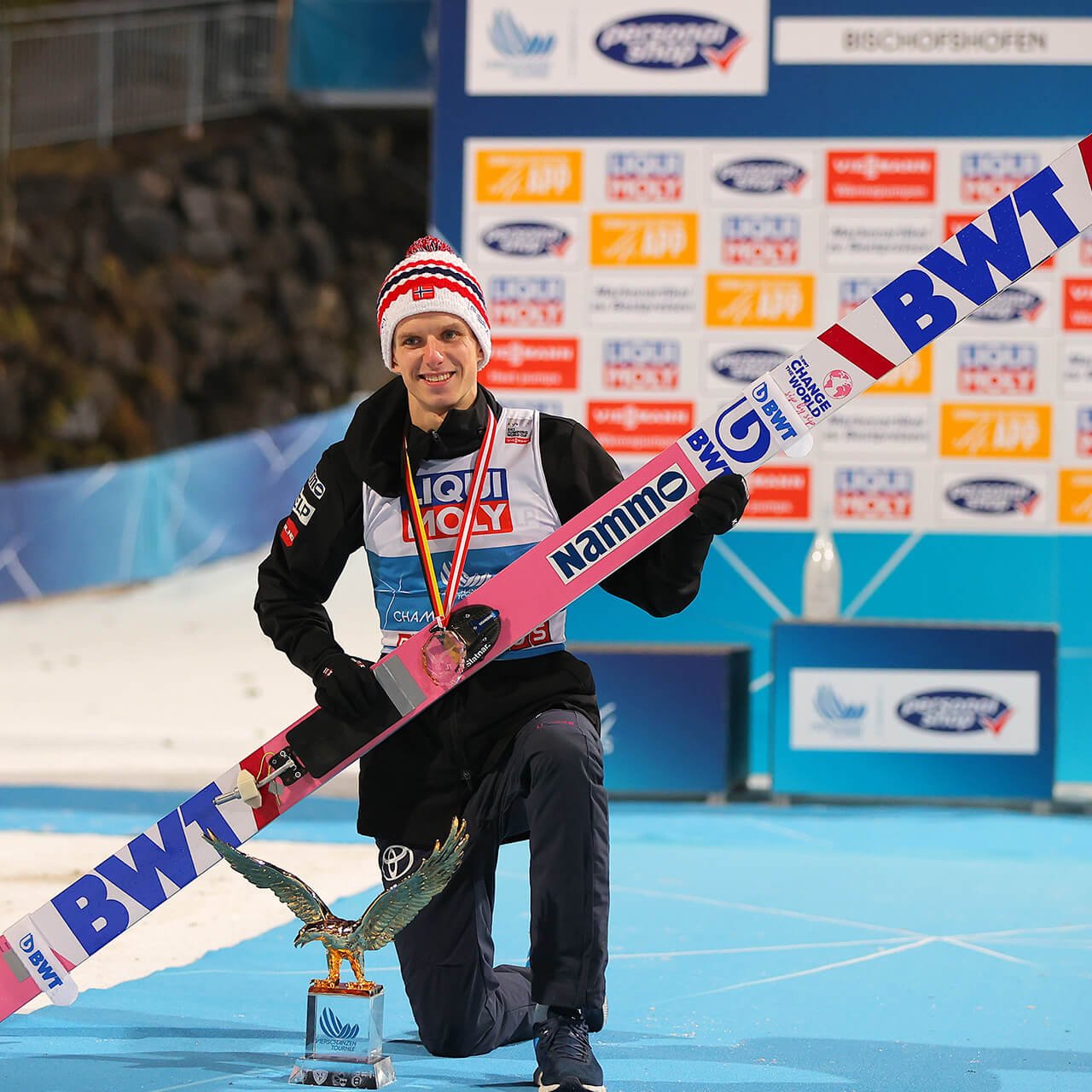 The BWT athletes Halvor Egner Granerud (NOR) and Dawid Kubacki (POL) deliver a double podium. The pink brand celebrates the tournament again after Ryoyu Kobayashis victory in 2021/22 and Kubackis 2019/20.
.

Halvor Egner Graneruds first season on pink BWT Ski seams to become a big one. But it is not only him – also Dawid Kubacki, who is a well-known pink BWT Athlete already for a couple of years now, performs better than ever. Already, after the first World Cup events of this winter season it was clear that these two jumpers are unstoppable and start with willpower and ambition. This will also be the case at the Four Hills Tournament in Germany and Austria.

Kick-off in Oberstdorf: the Norwegian Granerud jumps to the top followed by the Polish athletes Piotr Zyla and Dawid Kubacki. In Garmisch-Partenkirchen the ambitious jumpers are unstoppable and so Granerud jumps to victory again. Then in Innsbruck the tide turned. Kubacki jumped to 1st place, followed by Granerud on 2nd place and Lanisek on third. It was a head-to-head race of both athletes till the last jump. Final in Bischofshofen - Granerud and Kubacki fight for the victory. Granerud jumps after Kubacki and manages again to beat the Polish athlete by a few cm. And that’s it –the end of this seasons Four Hills Tournament and all podiums turned pink. Granerud wins the tournament with 1191 points followed by his biggest competitor Kubacki. What an incredible fight for the podium.

For Europeans Nr. 1 in Water Technology BWT, which was named Sponsor of the Year 2022 by the marketing trade portal Horizont, cooperating with successful athletes is essential for global brand building, as well as making a step towards a better future. This means that all the successful BWT athletes are not only jumping on pink skis, but also spread the Mission together with BWT, namely to “Change the World – sip by sip”.

Granerud: "It's a day for me where my head is completly gone. I've been so focused and I worked so hard for this and that last jump was probably one of my better ones. It felt so good and it's just fantastic.“

BWT expresses its sincere thanks to the winners and dedicates a BWT Fountain for People in Africa to each of the two jumpers. A sign of change - through every single sip of treated BWT water.

Pink is more than a color - Pink is an attitude!